Nitrogen dioxide forms when fossil fuels such as coal, oil, gas or diesel are burned at high temperatures. NO2 and other nitrogen oxides in the outdoor air contribute to particle pollution and to the chemical reactions that make ozone. It is one of six widespread air pollutants that have national air quality standards to limit them in the outdoor air. NO2 can also form indoors when fossil fuels like wood or natural gas are burned.

Breathing air with a high concentration of NO2 can irritate airways in the human respiratory system. Such exposures over short periods can aggravate respiratory diseases, particularly asthma, leading to respiratory symptoms (such as coughing, wheezing or difficulty breathing), hospital admissions and visits to emergency rooms. Longer exposures to elevated concentrations of NO2 may contribute to the development of asthma and potentially increase susceptibility to respiratory infections. People with asthma, as well as children and the elderly are generally at greater risk for the health effects of NO2.

Nitrogen dioxide is used an oxidizer in rocket fuels and explosives. Additionally, it is used as an anesthetic. Nitrogen dioxide (NO2) is generally considered a useful indicator for measuring and judging air pollution stemming from motor vehicle sources. NO2 also used as polymerisation inhibitor for acrylates, as a flour bleaching agent and as a room temperature sterilisation agent.

The density of nitrogen dioxide is greater than that of air, indicating that sensors should be mounted near the floor. However, in instances where large vehicles equipped with top-exiting exhaust stacks, hot exhaust gas will rise to the ceiling, and slowly descend as it cools. For this reason, it is recommended NO2 sensors be mounted higher up, in order to detect any potentially dangerous levels of NO2 as quickly as possible.

Regardless of industry or application, Noventis offers a wide range of nitrogen dioxide gas detection instruments. Nitrogen Dioxide detectors are often used in applications such as bus- and truck garages, underground garages, road tunnels, engine repair shops, tunnels, engine test benches, shelters, mountain cavities, loading bays with diesel engine vehicles. Nitrogen Dioxide detectors are used to warn when the quantity of harmful gases reaches an unhealthy level and to ensure that the management of ventilation is done the best and most profitable way. Select one of the instruments below or contact us for more information. 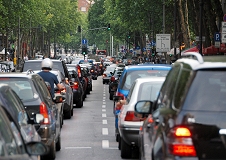 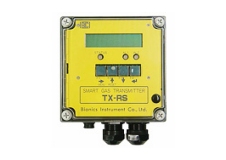 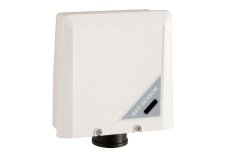