Nitrous oxide, commonly known as laughing gas or nitrous, is a chemical compound with the formula N2O. Nitrous oxide is an oxide of nitrogen and is also used as an oxidiser in rockets and to increase power output when injected into internal combustion engines. At high temperatures N2O is a powerful oxidiser similar to Oxygen. The gases euphoric effect has also led to its recreational use. It is commonly used as an anaesthetic or analgesic gas in surgery and dentistry.

Nitrous oxide occurs in small amounts in the atmosphere, but has been found to be a major factor of stratospheric ozone, with an impact comparable to that of CFCs. Over a 100 year period it is up to 310 times the global warming impact of Carbon Dioxide (CO2). This makes it a major air pollutant and greenhouse gas. It is estimated that 30% of the N2O in the atmosphere is the result of human activity, mainly agriculture and industry.

Nitrous oxide (N2O) when combined with Oxygen in a 50% / 50% ratio is commonly known as ‘laughing gas’ and has a wide variety of uses from helping dealing with labour pains to numbing your mouth for dental surgery. In the motor sport, nitrous oxide (often referred to as just "nitrous") allows combustion engines to burn more fuel by providing more oxygen during combustion and as such increase engine power. The gas is not flammable at a low pressure/temperature, but it delivers more oxygen than atmospheric air by breaking down at elevated temperatures.

One of the major problems of using nitrous oxide in a reciprocating engine is that it can produce enough power to damage or destroy the engine. Very large power increases are possible, and if the mechanical structure of the engine is not properly reinforced, the engine may be severely damaged, or destroyed, during this kind of operation.

Long-term exposure can cause vitamin B12 deficiency, numbness, and reproductive side effects (in pregnant females). If pure nitrous oxide is inhaled without oxygen mixed in, this can eventually lead to oxygen deprivation resulting in loss of blood pressure, fainting and even heart attacks.

Testing and monitoring of nitrous oxide is sometimes necessarily to providing a safe working environment and ensuring nitrous oxide remains at safe levels. Noventis offers several products for safeguarding your workplace. The Microsense IR is a high quality infrared fixed gas detector for detection of Nitrous Oxide (N2O) that meets the requirements for economic and reliable monitoring of gas levels in a wide range of environments and applications. Contact us for more information. 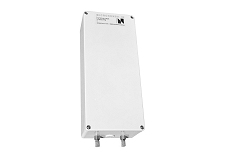 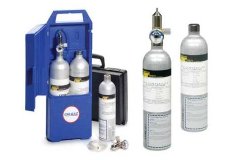